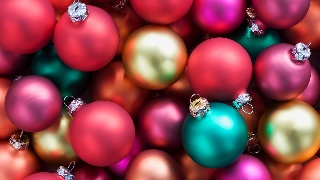 In this section you will develop the ship design process further.

How to include entities is described in the previous sections.The result so far should look like this: 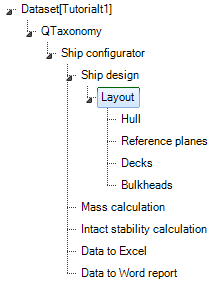 A ship design always contains a layout with at least a hull and defined reference planes. The entities Decks and Bulkheads will be optional for a user to include in their ship design.

Entity Decks will be developed as a container which contains combined data of all defined singular decks below.

The entity Decks can contain one or more Deck entities, each with the same content (which will be added shortly), however, the user can provide different input values for each Deck.

The complete Ship design tree should now look like this: 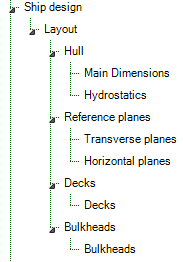